Day One at Clark

Lindsay and I are up at Clark University in Worcester, Massachusetts to see the third and final production of the College Collaboration Project. We started our day meeting with Gino Dilorio's advanced playwriting class. There are eight very good students writing interesting plays, some of which will be part of the New Play Festival next academic year. It was great to see and be reminded of Clark and Gino's commitment to new work.

Each of the productions in the College Collaboration have been unique. Last night's production at Clark was like an art installation. The production, directed Ray Munro, was housed in the student theater. A small black box. I was curious how the play would fit in this space. I had been a guest director here years ago and stage Scott Hudson's Sweet Storm there. A much smaller an intimate piece. When we walked in the setting of the play took up the width of the room. Kitchen, dining room table, living room seating area complete with linoleum floor. There were four floor lamps and two hanging lights. 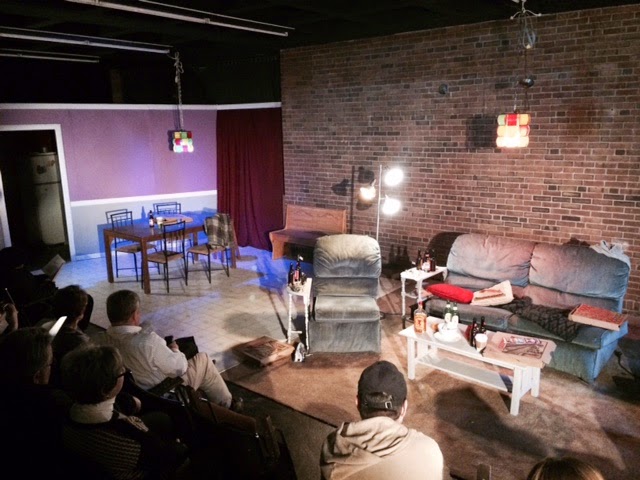 The play was performed with a great sense of realism. All of the productions were performed realistically, however, this one had a sense of intimacy, as if we were peeking into the house. Lindsay's play has a great rhythm to it, and the stakes are high, and there is humor. All of that was still in the play...but what became apparent in this production was the intimacy of the situation and this group of friends. This intimacy remained throughout. However, when the third character entered the experience shift...Becky entered not holding balloons. But there were four projected video along the back wall of her holding balloons and then Pete carrying them and setting them in the corner. All things that were dealing with the outside - and balloons were done with video.

Whenever the actors went 'outside' they utilized different parts of the set, the couch, bench by the kitchen, etc to act as the porch and the walls were treated as cyclorama to project the video of the outdoor scene on. This lifted production out of a slice of life reality and the video aspect also grounded it in the realism of the scenario at the same time. The pay off the video is the final release of the balloons. The actors stood, each saying their line one at a time, pretending to hold a balloon and releasing it to honor their friend. Simultaneously on the back wall of the theater a video of the ritual played. The final moment was of the dark balloons floating away into the dark sky - very reminiscent of the film America Beauty's plastic bag. Something satisfying to see the balloons drift fully away out of sight. I will get a clip of the video of this to share tomorrow. Also, I hope to get a shot of dance moment at the end of Act One - which culminated in Conner and Amber dancing on the kitchen table with their shirts off, hilarious and honest for the moment.

We ended the night at the Tuesday night Salon hosted by faculty member and amazing photographer Stephen Dirado, who took the photo for the poster. 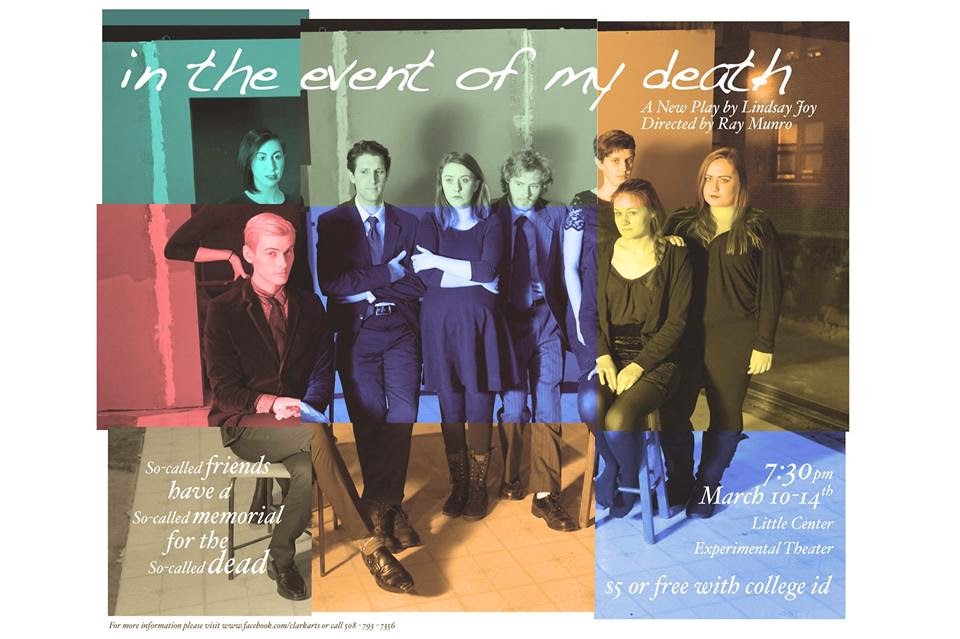 Also, Lindsay and I were so happy to see Mason Adams, who played Conner in Ashland at the show last night. He came to the production in Kentucky.  He is witnessing the play fully develop over the past seven months. And it has been wonderful to see him talk fully with each of the other Conner's. 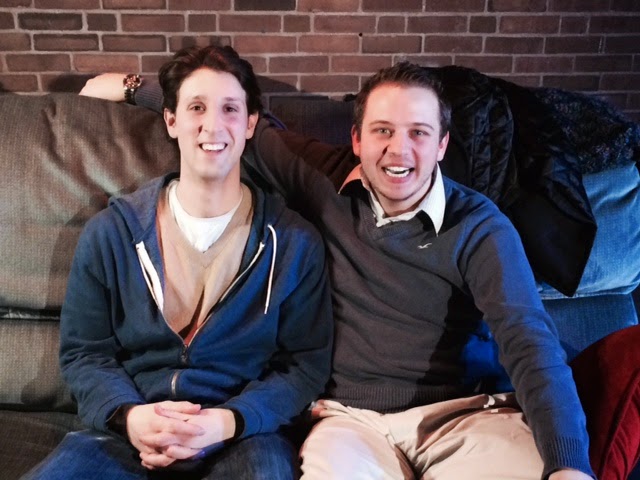 Again, the theater was full and the audience enjoyed the play.  I look forward to seeing the play again tonight. Our talk back with the audience and getting to hangout with the cast.

Talk with you soon.