Taking you with us to Clark

Lindsay and I are going up to Clark to see the third production of the In the Event of My Death. Lindsay went up last week for a couple of rehearsals and did a little rewriting. We are both excited the production and to see what we learn about the play. 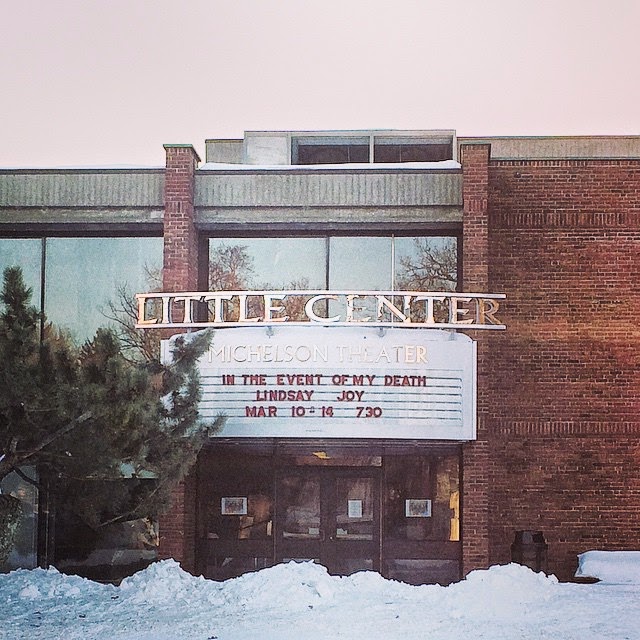 I read the most recent draft yesterday. It is very good. It has a wonderful flow to it. Any notes are about tiny details, such as maybe a cut here or there, to strengthen an argument. She has answered a lot questions and finessed when and how to share certain information. In this reading, when I came across Brianna's line "Hiding who you really are is never actually the easier choice-just saying." it resonated with me as the theme of the play. It also correlated with a value I am seeing in the project with the engagement of the students throughout the process.

After the first performance at Centre College set an attendance record for a play, I asked the Chandler Garland, a student that was in charge of P.R. for the production, why she thought that happened. Her first answer was, 'it's a new play that was written for us, and everyone knows we helped develop it." I immediately wished that every artistic director that is hesitant about producing new work would hear this statement and see the enthusiasm on campus. I still wish this. However, I realized something else about the 'we helped develop it' part of her statement. Those individual actors not only helped craft the play, but they are in the play. So are the students at Ashland and Clark.

Part of the College Collaboration Project is engaging the students with the playwright at the beginning of the writer's exploration on the topic. Lindsay was initially curious about the idea of learning about major life events through social media and as well as the idea of secrets. Immediately, she learned from the students that secrets are harder to have in the era of social media. That had an impact on the play. Also, students reached out to her privately to share their personal experience with sexual identity issues in their community. One person's story informed the community of the play's behavior and attitudes toward sexual identity, another actor's input and back story for a character influenced the sexual identity of a character. The play references specific drug use that is relevant to campus life today, as was confirmed by the giant laughter from the audience at the mention of adderall in connection with term papers.

Scott Hudson, who directed the production in Ashland, pointed out that the students are not just helping a playwright craft a story but are putting their voice, their experience, and their need into the world through the characters of the play. It is daring because they are sharing themselves honestly with their own school, and the next, and for the continued the life of the play. The students' investment is deep because they are experiencing a different level of personal investment of what it means to be an artist. The investment of yourself is the value that carries on and resonates within the work.

Also, because they are sharing themselves so fully the play not only is part of their story, it is also the story of their campus. That is why the enthusiasm about the play has reached out beyond the theater department at both of the schools so far. Chandler was right, "It was written for us, and we helped develop it." The 'us' and 'we' are not only the students directly working on the production but the campus as a whole. It is their story.

The enthusiasm is intensified because through the partnership with the three schools, The Farm Theater, and Lindsay the experience has a much greater reach than their campus. The story will continue to exist and be told outside of their community.

"Hiding who you really are is never actually the easier choice - just saying." That is the theme for me in the play and the Project. The exciting choice is revealing and sharing who you are. As we go up to Clark we take all of you that have participated in the process with us. Thank you.

Talk with you soon.